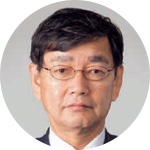 Mr. Hirano has been serving as an outside Director for NTT DATA Corporation since he joined the company in 2016.

Before joining the company, Mr. Hirano had an extensive career in several other world-renowned institutions. He started his career at the Bank of Japan in1973 until he retired in 2006. During the last seven years at the Bank, he took responsibilities in international affairs as Director of the International Department and Assistant Governor. After leaving the Bank, he joined Toyota group as Director and Executive Vice President of Toyota Financial Services Co. where he served from 2006 to 2014. Since 2014 he has been serving MetLife Insurance K.K. as Director and Vice Chairman and he has also been sitting on the board of RIKEN CORPORATION. Meanwhile, he served as the first Chairperson of the Board of Governors of the Government Pension Investment Fund (GPIF) from October 2017 to March 2021, where he took the initiative in strengthening the foundation for better governance.

With these experiences both in the public and private sectors, he has accumulated extensive expertise, especially in public policy, international finance, payment system, and corporate governance.

Other than his current roles within NTT DATA, Mr. Hirano also acts as Director of RIKEN CORPORATION and as an Outside Director of Ichiyoshi Securities.

He graduated from the Faculty of Economics at Hitotsubashi University in 1973 and then earned his Master's degree from Harvard University in June 1978.