A digital archive of the valuable historical cultural heritage of ASEAN

A digital archive project bringing together the valuable cultural heritage of ASEAN, through a joint effort by ASEAN member states, has made a strong start. NTT DATA's digital archive solution AMLAD is being used for this project. Here we trace the course of this project, from the original impetus, through the digitization process, and opening to the public of the archive site, with commentary by some of the people involved.

Launch of an integration project for greater ASEAN unity

ASEAN (the Association of Southeast Asian Nations) is a regional intergovernmental organization whose members are the ten countries of Southeast Asia. Each country of ASEAN boasts a long history and colorful traditional culture, and has many valuable items of cultural heritage. The ASEAN Secretariat (Jakarta, Indonesia), which manages projects involving the entire ASEAN region, is promoting an ASEAN Cultural Heritage Digital Archive (ACHDA) project for digitizing this cultural heritage, building an archive, and making that archive available to the public as an online resource, so that the heritage of ASEAN can be preserved and passed along.
The ten countries of ASEAN are highly diverse in terms of history, religion, and culture, and therefore improving mutual understanding between countries, fostering a consciousness of ASEAN unity, and achieving more active cultural exchange have all become important issues. ACHDA is expected to have positive effects in solving these issues. In this project, AMLAD provided by NTT DATA is playing a key role in building a digital archive of cultural heritage.

Many people are involved in this highly significant challenge

Various partners are involved in ACHDA, including the ASEAN Secretariat, governments of ASEAN member states, and the Japanese government, which is contributing funding. So why did AMLAD attract attention as a digital archive solution? As part of the NTT DATA sales staff, Asahi Hasebe helped build consensus and manage negotiations with the people and organizations involved, and promoted the adoption of AMLAD. He remembers it like this:

"I thought that AMLAD might be applicable to the goal of 'fostering a sense of unity' that the ASEAN Secretariat and the countries of ASEAN are committed to, and the starting point was when I spoke with the ASEAN Secretariat, through an introduction by the staff at the Mission of Japan to ASEAN. I presented our track record with clients such as the National Diet Library and the Vatican Library, and stressed our commitment to preservation and use of cultural heritage, and they appreciated our value. It was also decided to carry out the project using the Japan-ASEAN Integration Fund, supported by contributions of the Japanese government."
The initial proposal to the ASEAN Secretariat was made in 2016. After that, the project progressed toward approval, as its significance and concept were explained to the ASEAN Secretariat and each country.
The project was finally approved and commenced in June 2018. The first topic of discussion was which of the ten countries would have its cultural heritage digitized in the first phase, and after further negotiations by NTT DATA with the ASEAN Secretariat and each government's department in charge of culture, it was decided to focus on the three countries of Indonesia, Malaysia and Thailand.
In the AMLAD Project, NTT DATA has previously built digital archives bringing together digital data owned by multiple organizations, but this project, centered on the ASEAN Secretariat, involves the 10 member countries, the Japanese government, and various transnational stakeholders. Hasebe reflects on his thoughts when the project was formally decided:
"I felt the project was extremely worthwhile, but it needed to be carried out while considering the situation in each ASEAN member states. Thus I felt this would be an unprecedented challenge for our company. At the same time, aside from the significance of passing on cultural heritage to future generations, a major theme of ACHDA is having the ten ASEAN countries work together as a team to foster a sense of unity for the future, and thus I felt this is a project with extremely profound significance, in itself and in terms of our company's ability to make a contribution."
As the project manager, Kenichi Kawashima was in charge of developing an integrated digital archive system for ACHDA based on AMLAD. He also oversaw the task of digitizing the cultural heritage of each country. Looking back on this work, Kawashima says, "This project is positioned as a tool to help the countries of ASEAN to learn about and recognize each other's diversity. For that reason, I felt a heavy responsibility, and that brought a beneficial sense of tension to my work." 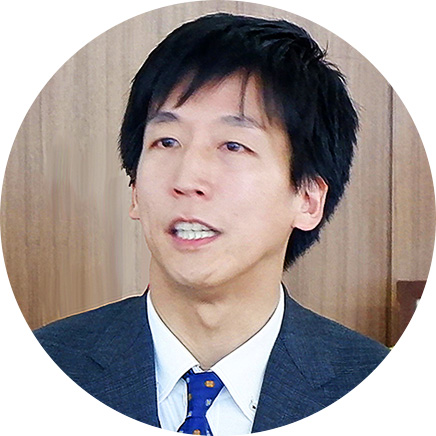 For the first phase, it was decided to digitize cultural heritage selected by the three countries, and in the end, a total of about 160 items were digitized. Previously, the AMLAD Project has only worked with image, audio, and movie data, but this ACHDA project tackled a new challenge: digitization of 3D objects such as statues and jewelry.

Kawashima has this to say on his days as the person in charge of system development.
"From the start of the project until the end of 2018, in six months, we extended and improved the features of AMLAD, and created an integrated digital archive system. While that was going on, we traveled to each country throughout the two-year project term, and carried out digitization of cultural heritage. We also brought the data home to Japan, and processed it in preparation for publication on the Internet."
Kawashima says that the work was done with the utmost care, and data was acquired with appropriate trepidation about handling the important cultural heritage of each country. Naturally, no contact was made with the objects, and methods were selected to ensure minimal impact on each item when scanning objects.
Kawashima continues, "Our equipment was susceptible to the high-temperature, high-humidity environment in Southeast Asia, so we were particularly watchful about temperature and humidity. Also, as our equipment sometimes stopped working due to unstable voltage, in some cases we brought power supplies from Japan." 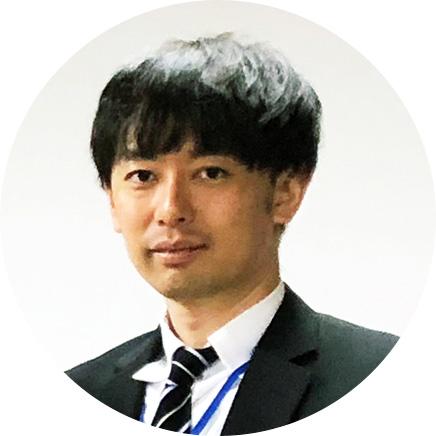 It is particularly difficult to digitize 3D objects with high gloss, unstable/complex shape, or a thin profile. The original color and shape were reproduced by devising digitizing methods to suit each object.

In carrying out the central task, capturing 3D data for solid objects, one of two methods was selected in accordance with the cultural heritage: capturing the 3D shape, and affixing photographed still images to that 3D shape; or capturing 3D data by photographing still images from the entire perimeter, and then analyzing and integrating those images. The former was used for objects whose shape is the top priority to be digitized, like statues, and the latter was used for items with beautiful surface pictures or patterns.
Hasebe and Kawashima agreed that "There were difficulties, but the people in charge in each country helped us with tremendous enthusiasm. There were many points where we drew on that passion."

When reproduction of object shape was the priority, the 3D shape was acquired using a 3D scanner, and still images were affixed to that shape. This method is time-consuming and complicated, so close collaboration is needed with people in each institution.

When the top priority was color reproduction of an object, or when digitizing large objects, the 3D shape was acquired by a method of photographing still images from the entire perimeter. Conversion to 3D data was achieved by analyzing the integrating 2D images.

With the opening of the ACHDA website, eyes now turn to the next phase

Digitization was finished at the end of 2019. Preparations for the public release continued into the new year, and the ACHDA website went live on February 27, 2020. Going forward, the plan calls for a second and third phase focusing on the remaining seven countries.
The following are comments by a staff member from the ASEAN Secretariat, and the persons in charge from the first three countries, regarding the start of services for the first phase:

"We appreciate NTT Data’s dedication and professionalism in developing the phase 1 of this initiative. We look forward to further collaborate with NTT Data on the succeeding phases and also to better ensure the sustainability of this initiative."
(Mr. Jonathan Tan Ghee Tiong, ASEAN Secretariat)

"NTT Data has been working so hard and putting a profound effort to create a perfect platform of the project through the digitalization of each cultural heritage decided by AMS robustly as well as providing detail information on website in the phase 1 of the project." (Mr. Khanifudin Malik, Indonesia)

"NTT DATA have been working very professionally according to the time frame that has been agreed by both side. Malaysia hope that NTT DATA will continue the good effort with other AMS in phase 2 and phase 3 and also will find good solution to overcome the problem/ challenges that was raised so far."
(Mr. Mohd Zamzuri Bin Ab Ghani, Malaysia)

"Digitalization of national culture is very important for our and future generations. Collaboration between nations promotes good understanding of different cultures, which could be one of the key success for ASEAN."
(Ms. Wirayar Chamnanpol, Thailand)

A final reflection from Hasebe:
"When the service was opened to the public on 27 Feb 2020, there was a concluding forum with representatives from the ten countries of ASEAN member states. At that meeting, I got an unanticipated thrill when the countries involved in the first phase said to the countries planning to participate in the second and third phase that 'you won't have anything to worry about if you collaborate with NTT DATA.' The ASEAN Secretariat and member countries are considering the next phase and beyond with a forward-looking attitude, and the Japanese government has told us, 'This is a project we must absolutely carry through to the end, so let's do our best." I have committed myself to finishing this project by uniting the strengths of everyone involved."