Development of the API economy and UX design has been simplifying the creation and continuous evolution of innovative services. Propagation of IoT will drastically change interactions between human and systems resulting in more natural and freer user experiences.

The UX Innovation by IT

The service industry has entered the stage where users can pursue more natural UX, thanks to the power of IT. The rapid evolution of AI has made possible the voice recognition interface, space recognition by computer vision and the integration of actual and virtual spaces by AR. The latest IT technologies also have a potential for generating entirely new UX. Of particular note is the “supermarket without cashiers,” which was publicly demonstrated by a large North American e-commerce company. This is an example where IT technology completely rewrote the traditional UX. This store contains many IoT devices, cameras and sensors. Customers are authenticated by waving a barcode over the gate when entering the store and their movements are constantly tracked by IoT devices. This tracking also identifies the motion of hands stretching toward a shelf to get a product, hesitation and even returning the product to the shelf. Customers simply get what they need and exit the store. Smartphones then show the items selected and complete the payment. The UX is that you simply get what you need and go home. This may well be a new UX format that is difficult to imagine for someone who is used to an established supermarket. 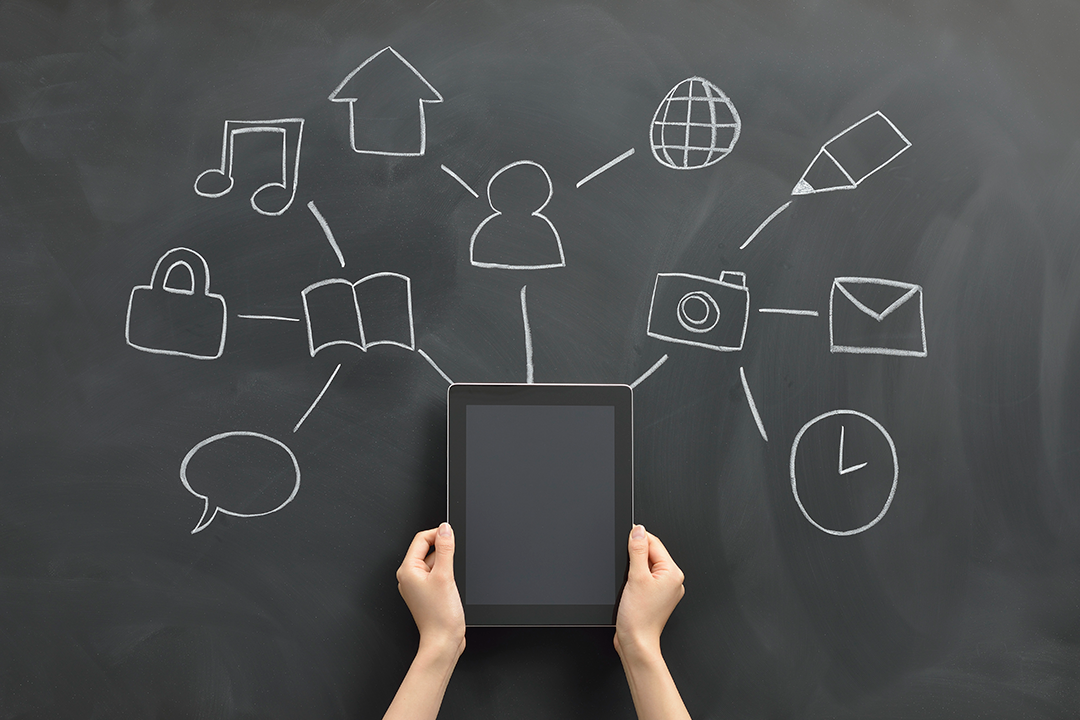 The spread of IoT upgrades the way business is generated to the next level. The IoT platforms that companies now provide combine an integrated management system that includes networks that correspond with each of the various IoT devices; a server-side system that links with these devices; and a system for processing and analyzing the collected information. For example, these platforms manage IoT devices installed in manufacturing machines or in vehicles and collect information on operational status, fuel consumption and parts status. By analyzing this huge amount of information, abnormality can be detected in devices, and the appropriate time for replacement can be determined. In some cases, labor status of workers is collected and tallied to be used in balancing the workload.
A move to make IoT platforms open is also expected. Companies keep many of the matters regarding their IoT platform proprietary. The streamlining effect achieved by installing an IoT platform and using the information acquired from it definitely stays within a company. In the future, new businesses will be generated by disclosing the information collected on the IoT platform and the bundles of IoT devices that the companies manage, thereby offering them to the outside world. Efforts being attempted by some companies assume that electric power usage data is collected from households that gave consent, analyzed and used in cross-industrial marketing.
At the household appliances trade show held in January 2017, the potential of the IoT platform was shown. As many as 700 IoT products were exhibited with implemented API cooperation to a cloud-based voice interaction interface. For example, the smart speaker, which uses natural conversations to order products and services via the Internet, is now a popular product that ships 5 million units per year in North America. The voice interaction interface, which has flooded households and has accumulated an adequate track record in voice recognition, is provided as an API cooperation service. By linking household appliances such as refrigerators and vacuum cleaners to existing IoT devices such as automobiles, these household appliances have uniformly been upgraded to voice-supported services. Furthermore, this voice conversation interface is already linked to 4,000 services, all types of product sales and food delivery reservations, lodging reservations and taxi calls. There is a high probability that these services will link with other services in the future to create platforms that provide increasingly streamlined customer experiences.

Recent years have seen a significant change in the way services are generated. Ideas have been transformed into businesses at an extremely fast pace. The company that grew rapidly by being the first to market a ride share service, where a private car and its owner become a taxi, is a prime example to show how fast an idea can become a business. At the onset, these companies outsourced everything except for their smartphone app and related matters. They utilized existing services that they did not own even for elements that normally make up the core of a service, such as a navigation system, credit card payment service and telephone and messaging services. It is the API (Application Programming Interface) cooperation that made this possible. The API economy, which is this simple linkage of existing services via the Internet, enables a fast launch of a service. In addition, as the ride share service earned a good reputation and became recognized as a stable service, it is in turn used by other services through API cooperation. For example, the drive share service is now embedded as a button on hotel and restaurant websites, and offers a one-click, transportation linkage service to hotel guests and restaurant customers.
Using IT to launch a business and to gather a variety of elements necessary for that business, is now a common practice. Even small startups can build a new business by combining existing services. Companies can combine services by calling them via the Internet, and release their products with a short lead time, testing its value in the real world. The speed of launching a business is not the only thing that has changed. The subsequent, continuous improvement of User Experience(UX) is also accelerating thanks to the use of IT. Through API cooperation, the ideal UX design process, which constantly improves services throughout the lifecycle, including the operation phase, is now being realized faster and easier.

The UX innovation will probably affect IT technology itself. For example, the operation of a smartphone, which is now a starting point for different kinds of service, will be innovated. Is it really intuitive to stare at a screen full of icons, which act as metaphors for the actual world, select the icon for the target operation and touch it? Icons (i.e., apps) are independent of each other, and their linkage is thin and even information sharing is difficult. A person who has just started to touch a smartphone has a long learning curve until he or she can use it smoothly. This fact alone may prove that a smartphone is an incomplete interface. Instead of depending on the flat screen of a smartphone, it may be necessary to make use of VR, AR, and projection mapping for a more complete interface. Use of natural human gestures is also possible. However, the fact that humans must actively talk to a machine to interact may be unnatural in itself. A voice conversation interface that does not recognize that it is talking to person without certain keywords is not natural. Current interfaces are triggered by unnatural behaviors that are far from intuitive ones such as looking, speaking, and grabbing movements. The IT interface is waiting for the innovation of the UX.

The UX innovation by IT is different from unregulated installation of technologies. Businesses born on the Internet have the dynamism that something is worth trying if it is technically feasible. However, such dynamism may decline after negative user feedback. For example, the supermarket without cashiers could adopt all technologies already used by Internet stores. The minute the customer picks up a product, an advertisement using AR might come on, informing the customer of the 2-for-1 deal. In addition, user reviews of that product might be listed. For a customer who always hesitates when reaching for a cupcake, it may be possible to create a mechanism where music is played that heightens the customer’s appetite to buy while appropriate images are shown. Are these ideas really appropriate? If a true UX cycle is achieved that repeats improvement based on user feedback, these ideas could be replaced with more appropriate mechanisms. It is assumed that continuous and serious UX innovation with users in mind is the correct collaborative design for both humans and IT.