TT07 Heterogeneity in IT Infrastructures

To supply the massive computing performance required for AI and IoT, new infrastructure is needed for both general use and specific purposes. Cloud services will rapidly enable such next-generation flexible infrastructure.

The Change in the Leading Processor

Processor manufacturers continue to compete in the development to meet the insatiable demand for advanced calculation ability. In the past, the calculation ability of the CPU, a multi-purpose processor, was constantly improved as the standard. Now processors that excel in parallel execution of many homogeneous processors have become the leader in calculation. Because trendy technologies of recent years required large-scale parallel processing, the adoption of the GPU (Graphics Processing Unit), has increased. In the AI area, the GPU achieved an efficiency rate that is 10 times higher than that of the CPU, making the GPU a de facto standard. In addition, the emergence of the GPU has coincided with the enhancement of software libraries, which utilize the GPU’s characteristic features. As a result, the use of the GPU has been increasing from image processing, which was its original purpose, to advanced scientific computation. GPUs and processors with many cores that compete are used in devices ranked high in TOP500, which ranks supercomputers in the world. These parallel processors are also continuing to evolve, keeping their speed leadership for the foreseeable future. 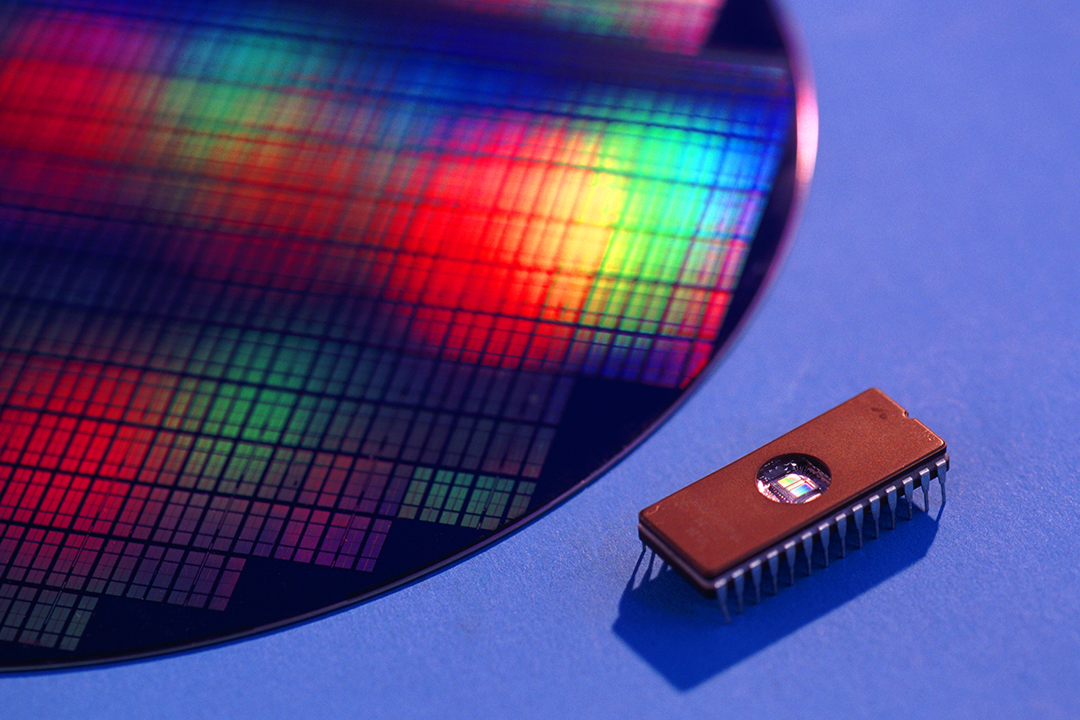 Like processors, system architectures are also diversifying. Edge computing is an architecture that uses huge numbers of IoT devices in the field, i.e., edge, to make distributed processing more flexible and dynamic. When immediate processing is necessary in the field, or accumulation and compression of collected data is required, the edge processes these tasks while coordinating with the center as needed. Application to automatic operation is expected soon, and its development is ongoing along with the use of next-generation 5G networks.
The blockchain, a distributed ledger technology, is also attracting attention as one of the infrastructure technologies that support BitCoin. The blockchain enables sharing distributed data on the network while preventing data falsification. It is innovative in that it does not require the building of a robust and centralized database. Consequently, systematization of complex areas that have traditionally been impossible to do on a cost-effective basis, are now possible. In addition, funds transfer and payment uses, financing, contract management and the government’s notarization service are undergoing proof-of-concept. BitCoin has been operating ever since its release, and new implementations of high quality blockchain technology are expected in the future.

To make business ideas that constantly use new technologies come to fruition, it is essential to master the use of a system infrastructure that includes diversified and complicated processors and architectures. However, this kind of system infrastructure does not need to be owned. Clouds are taking the place of diversified infrastructures at a rapid pace. For example, users of the GPU, which is required for machine learning by AI, can select from available menus on the cloud. Even the special FPGA hardware is on clouds.
Mechanisms that never existed before, such as the blockchain, are now provided by SaaS. Whenever a new architecture appeared in the past, the barrier that faced an engineer was the preparation of an environment in which it operated. Now this barrier is considerably lower. There also exists new streamlining methods, such as server-less architectures, that only clouds can generate. As a result, it is now possible to launch a worldwide data processing service at low costs and without considering infrastructure preparation or performance design. It is also easier than before to migrate large amounts of data from an on premise environment to a cloud, to retrieve it or to migrate it to another cloud. Clouds enable the user to acquire any amount of data at any time, and to withdraw it at any time. In addition to being of great benefit to users, clouds bring flexible options in the use of system infrastructures to business.

In some cases, even the power of the GPU is not adequate, and a processor called the FPGA (Field-Programmable Gate Array) is being used. While the logic on regular processors is printed at the time of manufacture and cannot be changed, FPGA processors can be rewritten later and as many times as necessary. With FPGA, it is also possible to manufacture only a few units of processors specialized in specific applications. In the financial industry, an FPGA is used to perform high-speed algorithmic trading of stocks and currency exchange, changing the logic as needed and tuning it at the high-speed level of milliseconds to chase profit. Also in the competitive area of AI, dedicated logic is implemented on an increasing number of FPGAs in an attempt to achieve a speed and efficiency rate that exceed those of GPUs. In addition, efforts are underway to install the FPGA in several thousand units at a time to improve the overall processing ability of data centers.
A trend to use smartphone processors is also attracting attention. The processor of a smartphone uses multiple cores of different abilities to enable the phone to go to sleep or shut down in a short period of time, improving the efficiency of electric power usage. Low electric power usage and robust processing ability at an advanced level are spreading the use of smartphone processors to drones, connected cars and other IoT devices. In the future, the use of smartphone processors is expected to further streamline the operation of data centers.
Some companies design, manufacture and use their own dedicated processors for specific purposes. One of these companies developed their own processor that specializes in Deep Learning, and which is supporting the fast development of AI today. This specialized processor is currently installed in data centers to streamline the operation. It is a low-power-consuming processor based on the knowledge that, even if the computation of floating-point arithmetic is less accurate than normal, it can be used in Deep Learning. The latest GPUs have also adopted this approach of lowering the computation accuracy of floating-point arithmetic for higher speed and improved efficiency. Deep Learning is a particularly competitive area, and it is driving increased competition in the development of specific-purpose processors.
The important characteristic of this new calculation ability is the development of software that utilizes the features of a processor. In particular, parallel processing would not exist without support by software. The difficulty level is high to develop this type of software, which makes it challenging for the processor to reach its potential. Processor manufacturers are enhancing software parts called libraries to make it easier for software developers to harness the processor power.

Users need to acquire more knowledge and know-how to be able to handle more diversified and complicated infrastructures. Processors today achieve high speeds by cooperating with software. However, once a performance problem occurs, it is difficult to repair it by simply scaling up or scaling out. Although a GPU’s software library reduces the burden to developers, its performance may be compromised without a tuning that considers the library features. Even though the FPGA is on clouds and operable on a browser, it is essential to have the necessary knowledge to implement the logic unique to this hardware. Because clouds present flexible and diversifying options, it is not easy to review the entire system lifecycle and select suitable cloud services, along with an option to leave a part of the system on premise. As a consequence, the development of human resources who can actively adapt to changes and today’s technological trends, which go beyond the framework of traditional software and hardware and reexamine system infrastructure, is required.