DNA Analysis, biosensors, and EHR continuously generate data related to individuals, accelerating the field of data-driven life sciences and enabling root cause analysis (RCA) of genetics, personal habits, and environmental factors to aid in the treatment and preventive care of individuals.

How much would average human life expectancy increase if cancer disappears from the world? This could become a reality if continuing progress continues to be made in genome research. In February 2016, the United States launched the National Cancer Moonshot, a project aimed at the eradication of cancer. As much as 1 billion dollars was budgeted for this national project, and one of its major goals is the collection and use of genome data, which is the information on entire genes. The objective of this project is the development of precision medicine, which provides prevention and optimal treatment for an individual based on their genome, living environment and Electronic Health Record.

The United States is not the only country that is developing precision medicine. In 2012, Great Britain contributed approximately 3 billion pounds to the launch of its 100,000 Genomes Project, a national effort to collect and analyze genome data for 100,000 people by the end of 2017. China also announced that it would invest 9.2 billion dollars in a similar 15-year research project. 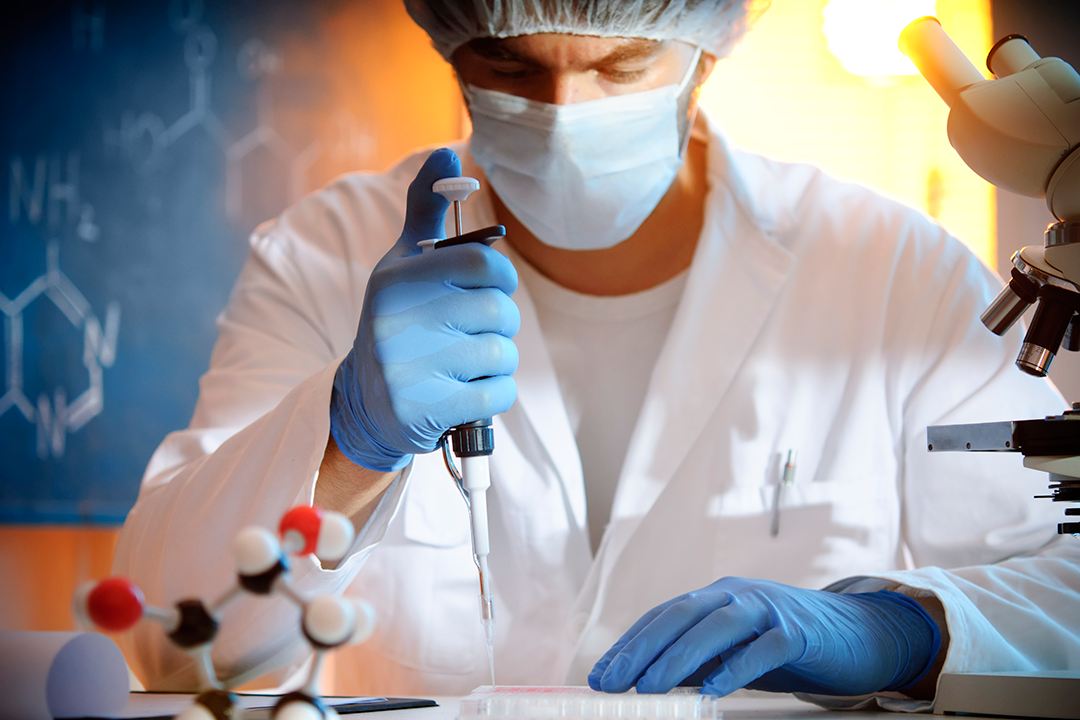 Development of Genetic Analysis and Biosensors

Fueling global analysis of genomes is the enhanced functionality and rapidly declining price of the next-generation sequencers. For example, the genome of a person can now be read for $1,000 or less. In fact, a do-it-yourself (DIY) kit for individuals is now available in the market.

The genes of microbiomes, which are microbial populations present within or on the surface of the human body, are also being researched. Microbiomes influence the human immune function and ease of nutritional intake, and are considered an important element for understanding health conditions. For example, medicines are being developed to treat intestinal diseases based on the microbiomes present in human intestines. The microbiome-related market is predicted to reach 899.1 million dollars by 2025*1.

Genetic analysis influence not only medical care, but agriculture, food and other industries. For instance, genes of hops, the main ingredient of beer, as well as coffee are now being analyzed to produce varieties that are easier to grow, resistant to pathogens or more bitter. In addition, microorganism soil analysis can determine which soil is most appropriate for specific crops.

The development of biosensors have also enabled the collection and analysis of important health data such as number of steps, heart rate, blood pressure, skin moisture and breathing. Emerging measurement devices include a sensor that prevents heatstroke by inferring thirst based on the moisture of the skin, and a wearable device that estimates the degree of stress based on the rate of breathing. Smartphones are also being used for blood pressure and pulse rate measurement, eyesight and hearing examination and ultrasonography. Consequently, it will not be long before users can more easily manage our own health without going to the hospital.

AI-assisted drug development is similarly attracting great attention. Generally, a period of more than 10 years, and R&D expense in excess of $1 billion are required to develop a new drug. More than 100,000 proteins exist that can be candidates for the causes of diseases. The number of combinations of chemical compounds working in these proteins runs upwards of the 60th power of 10. As a result, it takes two to three years just to discover a new drug candidate. In addition, only 1% of new drug candidates will be proven effective, leading to even more time needed for non-clinical and clinical tests. For this reason, drug prices remain high. However, if AI learns the data on the molecular structures of existing drugs and their actions, it can then discover the new chemical compound candidates that can act on the proteins that lead to diseases. In one dramatic example, a new drug candidate was discovered in only one day by utilizing AI. If drug candidates that cause harmful side effects are eliminated, and new effective drugs can be discovered at a higher probability rate, consumers can expect significantly shorter drug development cycles and lower costs.

Use of AI is spreading to medical practice. AI can now use treatment data accumulated in the past to assist in differential diagnosis, where symptoms are identified based on an interview. Disease names are enumerated in order of high to low probability with required treatment details. Oversights can be avoided this way regardless of the experience of the physician. In February 2016, DeepMind, a subsidiary of Google known for developing an AI go application that beats top professional go players, launched DeepMind Health with the purpose of developing AI that specializes in the medical field. Coordinating with hospitals, the company has already developed applications for physicians and nurses. After learning past cases, the AI analyzes a patient’s condition to determine acute kidney damage that requires urgent response. In addition, efforts are ongoing to use AI to detect signs of eye disease by reviewing past diagnostic images, symptoms and treatment details.

Improvement of genetic analysis and AI technology is steadily enabling more individualized medical treatments. For example, it is now possible in the treatment of breast and lung cancer to select the therapeutic drugs that are most appropriate for the genetic structure of the patient. Genetic analysis can also detect an individual’s future physical tendencies such as a higher possibility of cancer, thereby enabling preventive measures. This popular trend is significantly contributing to medical care. However, one important issue is the disparity in the amounts of analyzed genome data depending on nations and races. A majority of genome data comes from the United States, Europe and Japan. The data on East Indians, who account for approximately 20% of the world population, is estimated to account for only 0.2%. This means that drugs and treatment methods based on the current genetic data may not work for many people. It will be necessary to conduct comparison and analysis using groups of many different backgrounds. To do this, the cost of genetic analysis will need to drop further, and governments must lead efforts to build systems for genome data accumulation.

From Treatment to Prevention

We are now entering a prevention-centered world. Cookie-cutter treatments are no longer adequate. Disease prevention must become more precise and appropriate for each individual. Compound analysis of an individual’s genetic information, vital sign sensor data and lifestyle will enable the prediction of risk factors that increase the probability of falling ill, as well as appropriate preventive measures prior to the appearance of symptoms. In this way, the focus of medical care is transitioning from the treatment of symptoms to the prevention of causes. A number of such services have already emerged. A prime example of this is the delivery of food that is optimal for an individual based on the results of his or her genetic and blood tests. An aging world population is expected to result in skyrocketing medical costs. However, if an individual's health can be enhanced through preventive measure, a significant reduction in medical costs be realized.

What kind of future will await us if individualized prevention and treatment become a reality? The average life expectancy will increase, and the day may come when many 90-year-old people remain working and in good health. Although the average life expectancy of humans has increased, the individual longevity record has not changed since 1997 when a female died at age 122. Further technological innovation may be required to enable humans to reach a more advanced age.