Territorial and digital/physical limitations are fading. The evolution of technology enables businesses to transcend boundaries and delve into untouched frontiers, crossing global and conventional borders. The relentless leveraging of technology and innovation to break down barriers will become a driving force of economic growth.

From the end of the 20th century and into the 21st century, technology has become part of a core growth engine for the economy. IT infrastructure, together with software development, has continued an exponential evolution, creating complex functions and enabling the rapid expansion of businesses. Incorporation of such evolutionary technology and growth abilities to business will be the essential driver of future economic development.

Technology is also bringing about significant societal change, expanding the world in unanticipated ways. Business has now gone beyond borders, bringing services to all countries and regions and making industrial boundaries inconsequential.

Moreover, technology is contributing to new frontiers where humans have not reached. For example, network connection services via artificial satellites are providing environments where business can be deployed at a truly global scale. This in turn enables the development of new customers and markets as well as the expansion of production bases and supply chains. Technology also contributes to understanding the mystery of life by further clarifying the structures of the human body such as genes, proteins and the brain itself. Such efforts may someday eliminate the physical, physiological and temporal limitations of humans. If this happens, humans may go beyond the traditional limitations of their abilities resulting in enhanced health, prolonged lifespan, more detailed and long-term memories and increased productivity. Thus, technology will likely become an important element in expanding what we know now as our traditional world.

As everything becomes more digitalized as part of this global expansion process, near-perfect decision-making may become possible. If people, nature and all other things that exist in the physical world can be digitally replicated for simulation, it will enable risk-free analysis of countless possibilities and strategies prior to implementation. As a result, superior decision-making will likely be the driving force of future economic growth. 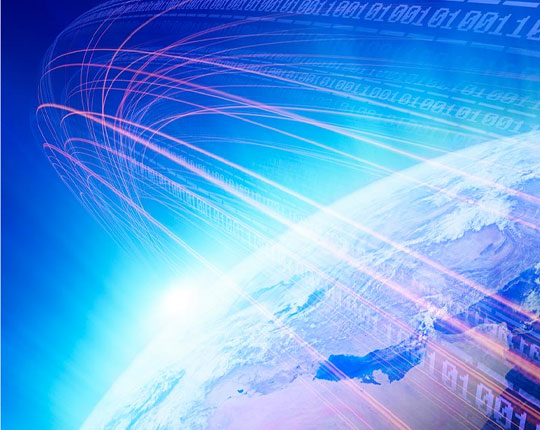