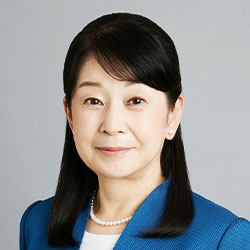 Mariko Fujii has served as a Director with NTT DATA since she joined the company in 2019.

Before assuming this role, Ms. Fujii had an outstanding career, first joining Japan’s Ministry of Finance in 1977 and eventually becoming the Director, International Affairs and Research Division, Customs and Tariff Bureau in 1997. Since 2004, she had been a professor at the Research Center for Advanced Science and Technology, the University of Tokyo. The University awarded her the title of Emeritus Professor in 2016.

She served as the Ambassador of Japan to the Republic of Latvia from October 2015 to January 2019.

Currently, in addition to her position as a Director at NTT DATA, Ms. Fujii has served as an Outside Director on the Board for Mitsubishi UFJ Financial Group, Inc. since 2019.

Ms. Fujii has published in various academic journals. Some selected papers include: