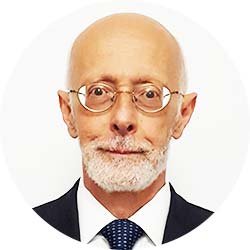 Patrizio Mapelli has been a Director with NTT DATA since 2020

Before arriving at NTT DATA, Patrizio had a diverse career spanning over 20 years, beginning at technology manufacturer Olivetti in 1982. After this, he joined the multinational professional services network Ernst & Young, as a senior partner in 1995. In 2000 he served as Vice President of consulting firm A.T. Kearney, where he was in charge of Technology.

Currently, other than his position at NTT DATA, Patrizio is the Chairman of the Board of Directors of Eurotech S.p.A., Board Member of Triboo S.p.A and also Director of EVERIS PARTICIPACIONES S.L.U.

He holds a Master’s degree in Theoretical Physics with Honours from the University of Milano and participated in the Executive Program at Kellogg School of Management.