Streamlining beer filtration planning work was one of the issues raised in our initiative to improve operations at a production site and apply IT. It used to take an expert staff five to six hours a day to complete this task. Now, the task can be completed in less than an hour using a tool. In developing and operating this tool, there was enthusiasm toward change of production employees, support and collaboration provided by the IT department, and the persistence of the project members who spent a lot of their time at the production site.


The general process of beer production involves extracting malt and fermenting it by adding yeast, aging, filtration, and bottling/canning the beer, and shipping the beer as finished products. Filtration is the process of removing the added yeast.

As beer is produced with yeast, a living organism, there are subtle differences in the beer from tank to tank. This is why it is necessary to mix the beer to meet the product standards. Because filtered beer must be bottled or canned as soon as possible since it can't be stored for a long time, the optimal degree of filtration needs to be determined based on a production plan. It is also necessary to decide which facilities to use.

Until now, one or two people at each brewery worked on a full-time basis to create a filtration plan based on these complex conditions. This was time-consuming work dependent on personal expertise, much like artisanship.

Mr. Kimura, who led the project at Kirin, works in the technical department of Kirin Brewery and Kirin Beverage, and is in charge of introducing new technologies, including data utilization, to production and logistics sites.

"In the past, the people at beer manufacturing sites were not particularly interested in using ICT. But with the effort to reduce human labor, there is significantly more workload on each individual employee in our breweries, and we are now considering ways to reduce the burden on them by putting ICT in place." (Mr. Kimura)

Mr. Kimura examined various processes and decided to work on the automation of beer filtration planning work, which is one of the processes with a high workload on manufacturing employees. There are nine factories nationwide, but his first goal was to introduce this tool at Kirin Brewery Fukuoka. 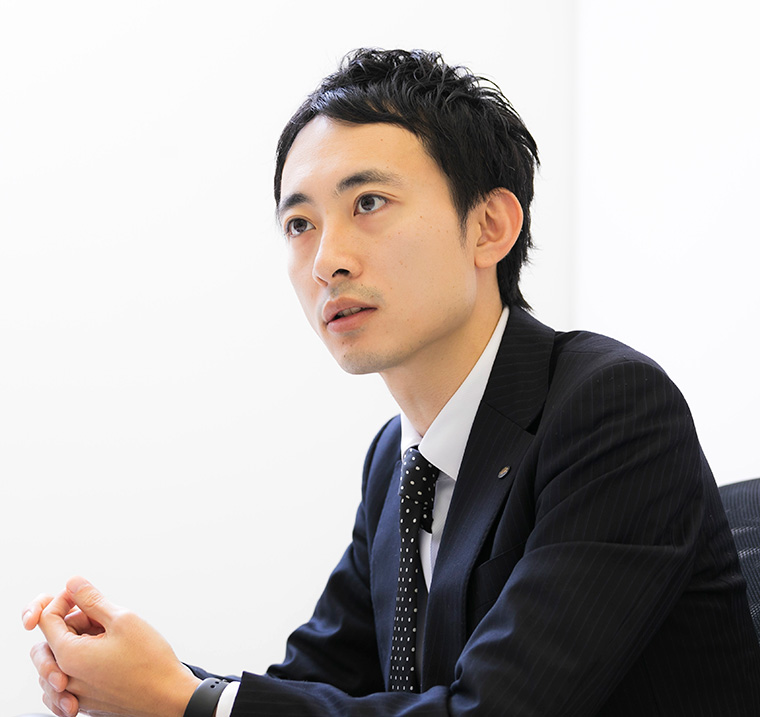 Ms. Abe is responsible for creating information strategies for production, supply, and demand at Kirin Holdings. This project was led by the Technology Department, but she became fully involved after being consulted by Mr. Kimura and collaborating on other projects.

"We at the IT Planning Department have a different focus to our approach because we think about the overall framework rather than solving specific issues. In fact, the conditions for using this filtration planning work tool were very different for each brewery, there were some parts we could not start on. But we were able to come up with a solution by collaborating with the Technology Department." (Ms. Abe) 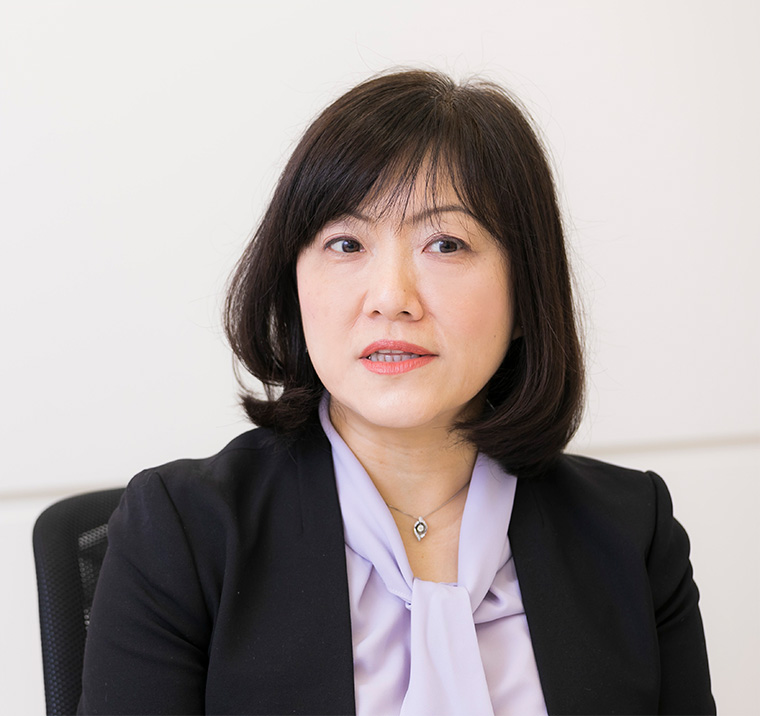 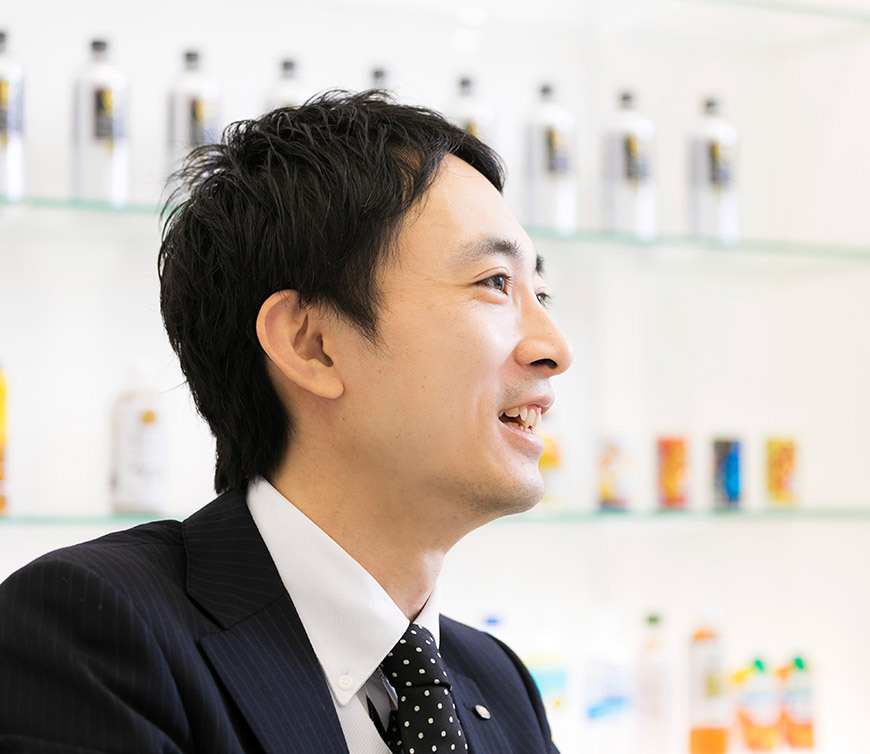 While exploring technologies for automating beer filtration planning work, Mr. Kimura stopped by at NTT DATA Group's booth at an exhibition and was introduced to a suitable solution. This was when his work with NTT DATA started.

Mr. Kimura has asked several companies, including NTT DATA, to propose a framework that uses AI. Other companies proposed using deep learning to learn past planning patterns, but NTT DATA's proposal was to develop a tool using "constraint programming." Using deep learning from the beginning creates a black box, making it impossible to see how specific answers were obtained. NTT DATA proposed that it is best to use constraint programming, where the answers are provided with a clear basis after all the complex conditions that exist only in the minds of personnel are clarified at the beginning.

The proposal also included creating PoCs before introducing the tool in a production environment, instead of taking the form of "contracting," in which specifications are fixed before proceeding with system development. This did not feel right for the people working at production sites.

"It was normal for us to contract out the work whenever we needed to introduce brewery equipment. At the time, we had never even heard the word PoC." (Mr. Kimura)


NTT DATA's team members visited the breweries every week to identify complex conditional branches that are only in the minds of the employees, and focused on listening carefully to the brewery employees while creating documents and prototypes.

"When we created prototypes with past data, we got unexpected results. To figure out why, we would go back and review what the employees had said, but there was still something missing. So, we interviewed them again, but this time more meticulously. That's when we noticed the constraints they had not conveyed before. I'm sure this was a tough task for NTT DATA, but this repetitive work not only improved the tool's accuracy, but also provided us with the unexpected result of documenting these employees' know-how." (Mr. Kimura)


According to Mr. Kimura, the decisive factors in the final selection were the cost and the accuracy of the results.

"We compared the work done by our employees with the results obtained after entering data into the prototype created by NTT DATA.” (Mr. Kimura)


* Constraint programming is a technique of finding answers efficiently based on constraints of a problem. It is considered a useful technique for solving complex problems when dealing with production scheduling and resource allocation. The constraint programming library "iZ-C" developed by NTT DATA SEKISUI SYSTEMS CORPORATION won a gold medal at the international competition "MiniZinc Challenge 2017."

Effects and future development
Saved about 1,000 work-hours a year and there may be more

Introducing the automatic beer filtration planning tool reduced the time it takes to create filtration plans, which used to take an experienced employee up to 6.5 hours per day, to a minimum of 55 minutes. This not only improved efficiency by about 1,000 work-hours per year, but it may also produce other benefits by increasing the operational accuracy of the beer filtration planning system. The company is aiming to use the newly created free time to achieve higher quality, promote passing on of technical expertise from skilled personnel to others, and establish a production framework with a higher level of quality control.

"We need to train the growing number of young employees and we're also actively engaged in brewery improvement activities. So, the time saved is used for these activities." (Mr. Kimura)


The company is planning to roll out the tool created in this project to eight other breweries around the country.

However, this requires some standardization of work that varies from brewery to brewery.

"We need to set up a project within the company, gather members from all breweries, and coordinate the work that needs to be done. Standardization does not mean making everything the same. It's about identifying common tasks and similarities, and selecting which tasks can be integrated and those that are unnecessary. Even if we have a common base, there are still some things that can't be removed or changed, such as those that are unique to specific equipment used in each breweries." (Mr. Kimura)

Currently deployed at three breweries, Kirin will roll out the tool one by one to other breweries from January 2020.

Once the deployment is complete for all breweries, there are plans to create business planning tools for other processes. 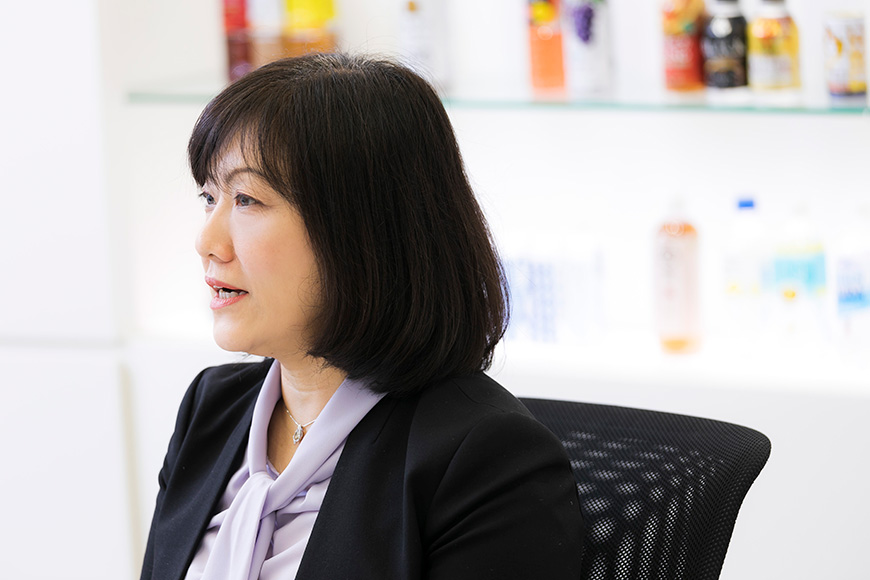 Expectations for NTT DATA
Stronger collaboration as a business partner

"The NTT DATA project manager's strong facilitation skills made this project a success.

Because this was not contract work, NTT DATA may have had to accept new requirements and take on unexpected issues, but we heard them say, 'Let's do it for the brewery employees' over and over again. They were very empathetic and reliable in their work. I'm grateful to have worked with such a business partner. This was my first project working with NTT DATA, but I got the impression that if I asked NTT DATA to do something, they would deliver the results." (Mr. Kimura)


"I've worked with NTT DATA before, and I've always felt that this is a company with talented people. We formed a business alliance in 2012, and NTT DATA is well aware of our internal business operations and hundreds of IT systems. So that may be why they were able to propose a solution different to what other companies offered, proceed with the project with Kirin's perspectives in mind, and provide us with successful results." (Ms. Abe)


In its long-term business management vision, Kirin has clearly stated that it will apply ICT in developing the organizational capacity to drive innovation. Mr. Kimura and Ms. Abe expand on applying ICT in the future.

"We will continue to work on improving beer and beverage production technologies, but IT integration is essential. This cannot be achieved without the cooperation of our business partners, so I'm hoping that Kirin and NTT DATA could work together to invigorate the beverage industry." (Mr. Kimura)


"The Kirin Group is currently pursuing a company-wide business reform project that involves renewing all our business applications, including sales, procurement, accounting, and production, and developing IT platforms. We are also creating a data-lake environment that connects data that is not fully utilized now, and our goal is to make the data borderless and usable by anyone. To that end, I believe that developing human resources who handle data, or 'data scientists,' is also crucial, and I'm hoping NTT DATA will collaborate in this effort. We would like to continue working together with NTT DATA, which knows our company so well, in various initiatives to further improve effectiveness and quality in our company." (Ms. Abe) 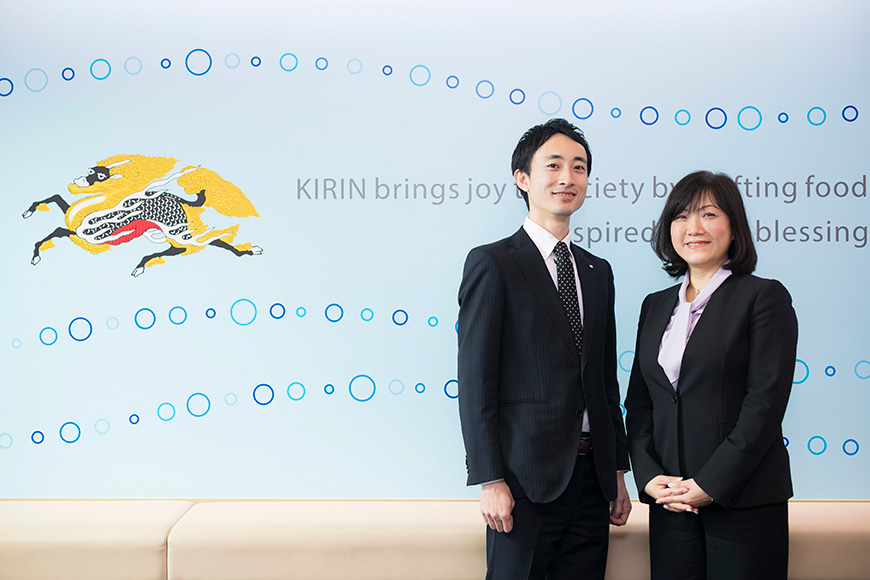